Johnny Depp vs. Amber Heard: A Look Back at Five Highlights of the Trial 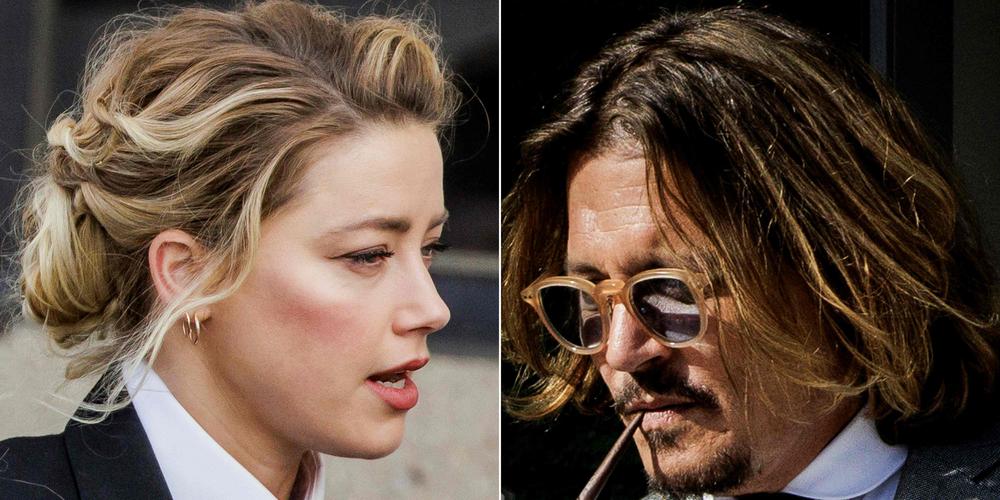 The jury will deliberate in the ultra-publicized trial against the backdrop of mutual accusations of domestic violence between Johnny Depp and his ex-wife Amber Heard in a US court, which shed a harsh light on their life as a couple for six weeks

Cut finger, insulting text messages, humiliating photos: the six weeks of debates during the trial between Johnny Depp and Amber Heard gave rise to a great unpacking on the private life of the actor couple , between honeymoon and violent disputes against a backdrop of alcohol and drugs. Here are the highlights, as the jury at the court in Fairfax, near Washington, retired to deliberate Friday on the actor’s libel suit against his ex-wife. The jurors will return from Tuesday to court, Monday being a holiday in the United States.

Amber Heard recounted, for the first time, an argument followed by a rape in March 2015 , during the couple’s stay in Australia where Johnny Depp was filming the 5th episode of the saga “Pirates of the Caribbean”. The actor had the tip of his right middle finger severed and was hospitalized. Johnny Depp claims that it was the splinter of a vodka bottle thrown by Amber Heard, which broke near his hand, which injured him. The actress assures that he injured himself, perhaps by smashing a wall telephone. He then used his blood to inscribe insulting messages on the walls, mirrors and lampshades of their rental house.

As in a previous trial in the UK, other bizarre details emerged, including when Johnny Depp said he saw a photo of “human faeces” on the couple’s bed after an argument with his wife who was celebrating her birthday. 30th birthday in April 2016. Amber Heard denied being behind the scene, saying it was the actor’s Yorkshire Terrier who pooped.

Johnny Depp trial against Amber Heard: in the media court, the “Pirate of the Caribbean” wins

The defamation lawsuit between Johnny Depp and Amber Heard ends this Friday in Fairfax Court and its outcome is uncertain. In front of the media court, it is the actor who wins

Expected, the billionaire Elon Musk, ex-boyfriend of Amber Heard, or the actor James Franco, who toured with her, were not finally called to the bar. British supermodel Kate Moss has denied an old rumor that the actor pushed her down the stairs when they were a couple in the 1990s. American actress Ellen Barkin, another former partner of Depp at the end 1990s, claimed that he was jealous, possessive and “drunk almost all the time”. He also, according to her, threw a bottle of wine in her direction, without aiming at her, during a fit of anger.

The jury also heard from security guards, artistic agents, financial advisers and experts, psychiatrists, doctors, relatives of the two actors, as well as the doorman of the luxurious building where the couple lived in Los Angeles. Alejandro Romero probably summed up the sentiment of many witnesses by saying, “I’m too stressed, I don’t want to have to meddle in this anymore.”

Photos, audio and video recordings and text messages were presented to the jury. In a video, filmed in secret by Amber Heard, Johnny Depp angrily bangs the glass door of a kitchen cupboard and pours himself a huge glass of wine. The two actors produced photos showing, according to them, their swollen faces after arguments. Amber Heard has also photographed her companion in humiliating positions when he was, according to her, knocked out by drugs and alcohol.

Text messages with crude and violent language to the actress sent by Johnny Depp show, according to Amber Heard’s lawyers, that the actor was prone to violence. But for his lawyers, Johnny Depp has an inventive way of writing, similar to the style of journalist Hunter S. Thompson whom he admired.

The actress, in tears, recounted in court the brutal abuse and rape allegedly inflicted on her by Johnny Depp, just a month after their marriage in 2015

Hundreds of Johnny Depp fans have lined up outside the courthouse in Fairfax, near Washington, each day trying to gain access to the courtroom. Despite a partisan public, the serenity of the debates was disturbed only once, during the second testimony of Amber Heard. Judge Penney Azcarate then threatened to clear the room and continue the trial behind closed doors. On social networks, Johnny Depp also had the advantage with the “#JusticeForJohnnyDepp” campaign. Amber Heard claimed to have received “thousands” of death threat messages during the trial.